Is it really the bookmakers who set odds? 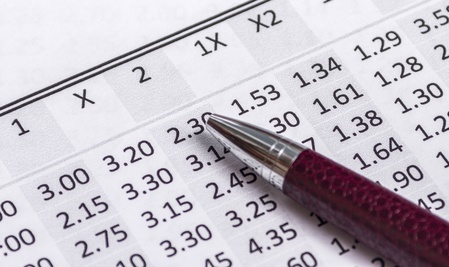 I often hear or read comments that show surprise at the odds a bookmaker has set for a particular sporting event. Of course, bookmakers will make errors at times, especially those who are the first to set prices before the market is fully formed. But generally speaking, it is us as bettors collectively whose are those that set the odds, not the bookmakers.

Individual odds, or prices, are nothing more than an equilibrium price that is formed by matching the supply and demand [for bets] from punters. Betfair Exchange is the clearest example of a true market. On Betfair, by introducing the bets they are willing to place/lay and at corresponding odds (“supply and demand”), a market price is formed. Other bookies or betting houses are not markets as such. They determine their own odds. But deep down they cannot escape the fact that they are part of a global market and that they have to adjust their prices in response to evolving events. Bookmakers have different strategies to set their odds, but at no point can they go against the market.

There are some bookies that call themselves “the brave” bookmakers. These are the first to publish their odds, which can often leave them exposed. Generally, the odds offered in early markets are the most inefficient, those that will be furthest away from the odds available by the start of the sporting event. However, it is necessary to recognise that these betting houses are not really that “brave”. These bookies are aware that the risk of issuing mispriced odds is high and therefore they normally don’t accept too much money at these odds. They also adjust their prices rapidly and significantly in response to supply and demand in these early markets, even though these [early] bets that they receive are of little importance. Furthermore, the overround margins that tend to apply in early markets are usually higher in order to protect the bookie from this overall greater level of uncertainty.

Being faced against the best punters provides the bookie with a good opportunity to identify mispriced odds and discover value bets, especially if they can target punters whose bankroll is not too high, given that the house is going to accept all or a high percentage of the stake. These types of bets are termed “early bets” on the betting scene. It is important to distinguish between the punter who is able to take advantage of these odds with their personal account in order to win money from the tipster who simply records such odds as part of their track record. The former is totally legitimate and reflective of reality, but the latter scenario is not necessarily a fair representation of reality because the percentage of this tipster’s followers who will be able to take such prices can be very limited; the variation in odds between bookies can be very wide.

On the other side of the equation are the bookies who wait until the market is reasonably formed before they start offering prices; that is, until several bookmakers are also offering prices. By considering the existing odds in the market place, the profit margin that they can add on, and the bets they are likely to receive, these bookies appear to be carefully setting their own odds. In general, bookies don’t have teams of mathematicians analysing whether such and such a price is correct or not. It would be very costly for them to do so and impossible to analyse the probability of the thousands of sporting events that take place on a daily basis.

Besides, as their name suggests in Anglosaxon terms (bookmaker), their role is to manage their risk book… Which, for example, might mean they believe that the true odds of Madrid beating Barcelona are lower than 1.80. But if they receive lots of bets on Madrid to win, they would have to maintain those prices so that the odds of the opposing position (draw or Barcelona) stay high and balance out this risk. Although they might have a definite view or slant towards the outcome of a particular result, in general the bookmakers manage risk and do not try to predict what the odds should be with precision from a statistical view.

What is the conclusion that I wish to draw? That a large portion of the prices set (above all in the most liquid markets in which the most bets are placed) are those that the market realistically determines; that is, determined by the bettors and not the bookies. The bookmakers can make mistakes when the market is not yet formed in early markets. But after that it is the actions of punters that really determine where prices will head and what the fair, equilibrium odds might be.

This is very relevant for the most serious bettors… if the more recreational punters (which represent the vast majority) place bets with a particular bias (for example, favouring the Overs market rather than the Unders market) this can create inefficiencies in the market place, which one can take advantage of. When a punter bets against the house, he has to overcome their rounding [profit] margin, which is not something easy in the long-term.

But it is also true that prices somehow form from the “wisdom of the crowd” and if we are more intelligent than the crowd, the house’s edge can be diminished and in the long run we can make money. However, things are not so easy because the crowd doesn’t only consist of recreational gamblers. Professional gamblers also form part of the crowd, and although they only represent a small portion of all bets placed, they are there betting significant sums of money that help form this market and move prices.

Pyckio is not a bookmaker, but we speak with first-hand knowledge because we have had almost 2 million tips placed in real-time with one bookmaker (Pinnacle Sports). Namely, we understand the public’s betting patterns and we know where the inefficiencies in the market lie. For example, we know how much more is bet on the Over goals than the Unders market, what is most important, where it is easiest or hardest to make money… If you have read the article well perhaps you will imagine where… although you won’t even be able to imagine the extent of the differences!! Perhaps we’ll let you know in future

2 thoughts on “Is it really the bookmakers who set odds?”